On the 20th of February 2014, British Polish Chamber of Commerce Kraków/ BPCC Kraków organized at the Embassy of the Republic of Poland in London a Tourist Market Forum 2014.

The event aimed at drawing particular attention to medical tourism, an area in which one can observe huge potential and chance of development for Polish businessmen who offer services relating to it.

The forum enjoyed large attendance – the market reacted to the event in such a way that its concequence can only be another edition, which is planned for Autumn 2014. The next step taken by BPCC is inviting the British for Study Tours around Poland, in order to present them some of the most active entities remaining in partnership with the British Polish Chamber of Commerce. The participants of the Forum will surely take further steps to develop business contacts formed during the meeting.

The rank and significance of the forum was stressed by the letter from the MEP Paweł Kowal who is currently working on creating a unified tourist market in the EU.

The MEP stressed in his letter to BPCC Kraków, the Embassy of Poland in London and the participants of the Forum that:

“Poland has a tremendous opportunity and potential to become a global player in a tourism industry, especially in medical and sightseeing tourism which are the main focus on this conference”. We wish Polish businessmen to make use of this remarkable potential. What is more, Paweł Kowal stressed that he resolves to encourage all activities and initiatives taken up within the European Union’s tourism section policy.

Director of BPCC in Kraków Agnieszka Libura, Director of BPCC London Michael Clay and the first counsellor of the Departament of Industrial Policy and Promotion (WPHI) at the Embassy of Poland in London Leszek Banaszak, welcomed the participants in the beautiful interiors of the Embassy. The glamorous interiors pointed at the rank of the event, which was organized at the plea of the BPCC members and was settled as the meeting place in response.

During the lectures help by invited experts, the figures pointing at enormous potential of tourism area and medical tourism were confirmed. The speakers clearly stressed that Poland needs to use the opportunity created by the directive of the European Parliament and the Council 2011/24/UE from 9th of March 2011 becoming effective, concerning the application of patients’ rights in cross-border health care. The dinner created opportunity to take up talks on business cooperation between Polish and British participants. Both parties ware interested in maintaining a lasting relation, allowing for synergisting development of activities.

One of the elements of the programme was handing the “POLAND thanks you!” awards, which aim at honouring the activity of the British entities on behalf of Poland and its development in the tourism area. The awards were granted to: MD Angela Chouaib (Secret Surgery), who held remarkably interesting lectures on medical tourism, based on their own rich experience in that area.

We know that the Hungarians have made excellent use of the free flow of patients from other countries of the European Union. If they did this, we should follow their way and this fine example. Polish facilities offer services on remarkably high level, what was reflected in the speeches of the British lecturers.

In addition, our country can in fact offer anything a potential tourist could possibly want. The flow of the British tourists can lay foundation for business – its range is virtually unlimited. British Polish Chamber of Commerce is ready to help Polish businessmen to become beneficiaries of the activating endevours and those strenghtening the relations with the partners from the British Isles.

We believe that such chance should on no account remain unused, what was confirmed by every sentence of the experts speaking during the Forum. Awards/Sculptures were made by The Wieliczka Salt Mine.

My experience has been nothing but positive from my perspective I’d dreamt of vaser lipo for about 2-3yrs after a friend mentioned it to me after watching This Morning!

All the UK firms treated me like some meat on a conveyor belt and a mobile cash machine! It was only after a friend mentioned looking at having surgery abroad that I stumbled upon secret surgery.

The difference in care, support, price, friendships etc since discovering Secret Surgery has changed my life. As for the lipo, I wanted to get rid of my muffin top and marsupial pouch (as I called it) after having 2 kids in quick succession. So, much to the shock of all my friends (thanks mainly to the shock horror stories from the media) I headed out to Poland alone for the procedure.

I was so confident in Angela and Secret Surgery, I knew there was nothing to fear. The apartment was amazing, gr8 location and right in the city centre to venture round. Jack & Aga were fabulous and always contactable as was Angela. The hospital was jaw dropping amazing. Not all the nurses speak English so could sometimes be difficult in communicating but there was always an English speaking nurse somewhere on duty.

Dr W is a man of few words…. But a surgeon genius. He removed 2.5litres of fat and the results were immediate. I must admit for me there was considerable discomfort immediately after surgery and for 2wks after and the corset they tell you to wear, I wore for much longer (day & night) for probably 4-6wks but that was just a personal thing.

I used arnica salve every day to reduce bruising. I also massage my abdo every day and do regular exercises specifically in that area. When I first looked into this, I kind of ignored everyone who said this procedure isn’t a quick fix… It is and it isn’t, I still invest my time and energy into looking after the gr8 work of Dr W (the scars have virtually disappeared unless u look really close!) and 8mths on the results are as good as the day after surgery.

You’ll experience highs and lows after surgery as there are points during early recovery where you go a bit lumpy and you think to yourself ‘what the hell have I done’ but again, for me Angela was there throughout my journey giving insight, advice, reassurance etc… and still is; the care doesn’t just stop once the surgery is complete and the plane back on UK soil.

I hope this brief introduction of my experience helps others reach the right decision as to whether this procedure is for you or not. I cannot fault the company, team, hospital, clinicians (and anyone else involved behind the scenes.

Two weeks ago I had my arm lift with Secret Surgery (the forth surgery with them) I trust and feel very comfortable with Angela , Dr Waclawowicz , Aga and Jack.

Everything is perfect with them ,from airport collecting me , to my operation and recovery. They treat me and look after me really well. Angela is the angel of secret surgery, she spoke every day with my children to update them with the operation.

I enjoy the time i spend in Poland, and i want to thank them all for this fantastic experience.

I am feeling fantastic stiches are all out and I have had complete rest since Monday.  I feel like a new woman. I looked in the mirror last night and for the first time I smiled.

“The service was good in the UK, but not as good as in Poland, the little things like pain management, anti sickness, aftercare, and attention and care from the surgeon make a huge difference. One little example…. after my last op in the UK, I saw the surgeon very briefly the morning after my op, then it was 2 months before I met with him again. In Poland I seen him daily!”

I’ve just arrived back in the Apartment and the surgeon was so right….I needed a few extra days in hospital to be cared for properly… I have felt rather weak but then I expected that… I need to build myself up again by eating plenty of Protein… Can I just say how completely overwhelmed Iv been by your interest shown regarding my progress…..

The medical and nursing care have been absolutely second tonone and Aga has been the utmost professional throughout my time here, whenever Ive turned around shes been there for me…..And of course Jack….. He’s always been here wherever I’ve needed to go and at whatever time..day or night…..

It would be wrong not to mention my Surgeon Dr W, who without doubt has performed miracles on me in such a short time….. He and I were sitting having a cuppa outside the hospital at 7am this morning!!!!! A new friend for life!!!

Who could I possibly have forgotten???? of course, my dear friend Angela who has believed in me from day one and supported and encouraged me every step of the way… Its not easy electing to have major surgery X2 but without you…it would not have been possible

I am so glad that I stumbled across secret surgery and didn’t go with the company in Belgium that were going to send me to the hotel the same day as my surgery and not see me until 3 days later to change and clean my wounds and remove my drains!!!

I have had an amazing experience everything and I mean everything was taken care of before and after our arrival. DR W, Aga and Jack are amazing and have made mine and my families stay so much easier.

Angela definitely matched me up with the right surgery buddies we have laughed until our tummies hurt. 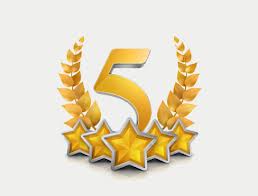 Speaking for myself on my experience and outcome of both my surgeries I can truthfully and honestly say I’m very satisfied with the results of my tummy tuck and breast uplift and all that went with it.

I’m very happy to say I’m one sexy mumma now and I’ve changed in so many ways not only physically but mentally there is always gonna be doubts but I’m in no doubt with my decision and thanks to surgery I’m one happy bunny……:0)

Today I woke up to a wonderful email from a special lady that is in Poland at present. She had her procedure a week ago it said:

I can’t knock the service Secret Surgery has provided. I feel like a completely new person, and I mean that honestly! Angela you have made it so easy for me to do and I sincerely thank you for your help, guidance and support. I will defo be doing extra bits and you will b top of my contact list!